According to the news, Remo D’Souza is all set to come back with his new biggest dance film with starring Varun Dhawan and Katrina Kaif. They both are all ready to team up for one of the biggest dance film of India which is to be helmed by popular Choreographer as well as director Remo D’Souza and this film will be expected to enter to the floor after this year in 2019. Being a very versatile actor as well as dancer, Varun Dhawan is again being selected for dance film after ABCD2 and also Katrina being a very fabulous actress and mesmerizing performance, director Remo D’Souza feels very excited and happy to direct both the talented bollywood actors. Along with the Remo, the head of honcho of entertainment conglomerate T- Series, Bhushan Kumar also believed the both actors will be the best and sizzling couple for this upcoming biggest dance film. Along with the main lead actors, there are also many other best dancers to work in this film which includes choreographer- producer as well as actor, Prabhu Deva besides Dharmesh, Punit, Raghav Juyal which are already seen in ABCD2.

This shooting of this big movie will be expected to start from this year and will be all set to be release on 8th of November next year. Katrina Kaif and Varun Dhawan are getting to paired for the very first time and also they are awesome dancers and for sure will make a very sizzling pair. The director Remo is quite excited for this collaboration and according to the reports, the film is also thinking about starring one more character and are going for consider Vaani Kapoor for the same. This film will also shoot in 3D like the various earlier films and will get started after director Remo D’Souza will be done with the movie Race 3. 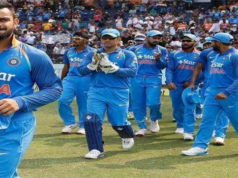