STATE BANK OF PATIALA
Banks And Atm
Contact Details:
Send Enquiry Form
Address: SCO 45, Sukhna Path, Phase 10, Sector 64, Sahibzada Ajit Singh Nagar, Punjab 160059
Phone Number: +91-800-4253800 & +91-800-112211.
Email ID: dgmcr.ibg@sbi.co.in
Website: sbp.co.in
Products Services: State Bank of India welcomes you to explore the world of premier bank in India.
In this section, you can access detailed information on Overview of the Bank, Technology Upgradation in the Bank, Board of Directors, Financial Results and Shareholder Info.
The Bank is actively involved since 1973 in non-profit activity called Community Services Banking. All our branches and administrative offices throughout the country sponsor and participate in large number of welfare activities and social causes. Our business is more than banking because we touch the lives of people anywhere in many ways.
Our commitment to nation-building is complete & comprehensive.
The origin of the State Bank of India goes back to the first decade of the nineteenth century with the establishment of the Bank of Calcutta in Calcutta on 2 June 1806. Three years later the bank received its charter and was re-designed as the Bank of Bengal (2 January 1809). A unique institution, it was the first joint-stock bank of British India sponsored by the Government of Bengal. The Bank of Bombay (15 April 1840) and the Bank of Madras (1 July 1843) followed the Bank of Bengal. These three banks remained at the apex of modern banking in India till their amalgamation as the Imperial Bank of India on 27 January 1921.
Primarily Anglo-Indian creations, the three presidency banks came into existence either as a result of the compulsions of imperial finance or by the felt needs of local European commerce and were not imposed from outside in an arbitrary manner to modernise India’s economy. Their evolution was, however, shaped by ideas culled from similar developments in Europe and England, and was influenced by changes occurring in the structure of both the local trading environment and those in the relations of the Indian economy to the economy of Europe and the global economic framework.


Owner of this business listing? Claim this page or update using this link or Contact Us.
Post Views: 236 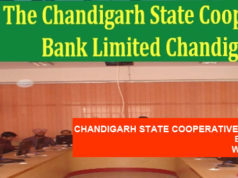 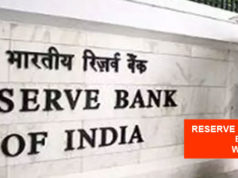